You can compare only 4 properties
Compare Reset

All the latest housing news from Snugg

A Heritage Lottery-funded project about a Second World War internment camp in Bury has created a lasting memorial to the men held captive as ‘enemy aliens’ in 1940.

The memorial, a concrete cast of suitcases – the type internees would have carried with them was unveiled on Monday 17 December at our Park Royal development in Bury, Greater Manchester as part of the Warth Mills Project.

The Warth Mills Project has been running for over a year and has seen content agency Unity House tell the story of the Germans and Italians interned in the derelict cotton mill. They were regarded as suspected spies despite some having arrived in Britain as infants, and others as Jewish refugees.  Housing association Aksa Homes, part of Jigsaw Homes Group, is building 65 new homes at the Park Royal development off Warth Road in Bury. It is their first new build scheme in Bury and will host a permanent memorial specifically dedicated to those internees who never made it home.

Richard Shaw, from Unity House, said: “We’re hugely grateful to Aksa Homes for agreeing to match fund and install this memorial. In July 1940, hundreds of Italian men were taken from Warth Mills and placed on the SS Arandora Star. The ship was torpedoed en route to Canada with a huge loss of life. Memorials to the victims of the Arandora Star exist in the UK, Italy, Ireland and Australia. It’s a fitting legacy of the project to create a memorial near the Warth Mills site, where the men spent their last nights.”

Garnet Fazackerley, Jigsaw Group’s Operations Director of Development added: “We’re delighted to work with the local community on this project to help keep these historical stories alive for our residents and future generations. We already manage homes in Bury, but Park Royal is our first new affordable housing scheme in the borough and we look forward to opportunities to build more much-needed housing in the area.”

The memorial has been made by Ormskirk-based company, Scartworks and was unveiled at a ceremony attended by the Leader of Bury Council Cllr Rishi Shori, Jigsaw Homes Group, Unity House and volunteers on the project.

The Park Royal development, which completes in January 2019, will provide a mix of homes for affordable rent and shared ownership with between one and four bedrooms. For those who are interested, there are a handful of shared ownership properties at Park Royal still available. 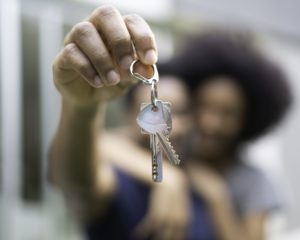 Shared Ownership – offering you a step on to the housing ladder! 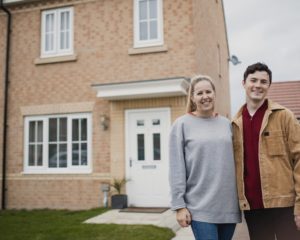 Could Shared Ownership be your perfect way onto the property ladder?

Shared Ownership is proving to be the perfect way to get onto the housing ladder; with many saying it was

Speak to a sales advisor

If you have any questions, please feel free to contact one of our expert sales executives.

We use cookies to ensure that we give you the best experience on our website. If you continue to use this site we will assume that you are happy with this.I AgreePrivacy policy